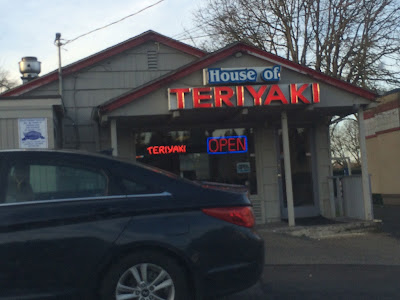 I headed into morning formation in winter PTs this morning. Each morning formation is usually pretty much the same. Everyone forms up, the first sergeant is in front of the platoon and receives a report from each platoon sergeant letting her know if everyone is accounted for. Once that is finished, she usually gives out some company wide announcements, sometimes these are just an excuse for her to bitch and moan. Most of the time it goes pretty quick. After that the first sergeant has everyone with appointments fall to the rear of the formation. While she asks each person who has an appointment when and where the appointment is, everyone else starts PT. I did the warm up exercises with the group and then we all started walking around the large overflow parking lot for the WTB Barracks and Madigan hospital. There are a few people that can actually run in the WTB, these are usually people that have either behavior health issues or they have healed completely from an injury. This small group takes off for a run, while the rest of us walk around in giant circles. This morning, like most mornings these days, I was just not in the mood. It’s cold outside, which has all my muscles tight and generally puts me in a fowl mood. I took one lap around the parking lot and just broke off and headed to my car. I wasn’t going to do a stupid walk around the parking lot freezing my ass off and call it PT. If anyone tried to stop me I would have told them I needed to use the bathroom or take some pain medications…luckily nobody did.

Once at my car I pulled my blanket on me, turned on the radio, ate my breakfast, then took a nap. I slept pretty hard until 0900 when my NCM called my phone. It turns out that an appointment was added to my schedule since the last time I saw her and nobody told me…that appointment was at 0900! This pissed me off a bit, I double checked my appointment sheet and sure enough there was nothing scheduled. Luckily I was in the parking lot and could make it to the WTB fairly quickly. The appointment was with an occupational therapist. She was all smiles and very easy going, that helped get me out of my bad mood and back to normal. I let her know why I wasn’t there on time and she said it was no problem. She just needed to update my progress with my MOUs (navy internship and school). I let her know both are going well and I’m getting close to finishing up school. That was about it for the appointment…no big deal.

At 1300 I had an appointment that just showed up last week on my appointment slip. I had no idea what it was other than the guy’s name who I was scheduled to see. It was in our company’s conference room and turned out to be a group meeting to prepare everyone for an upcoming FTR (Focus Transistion Review). This group meeting is a new requirement and there are 4 of them that we have to attend before the actual FTR. The FTR is when I will have to tell a group of people such as the company commander, my squad leader, my NCM, and some other social workers what my plan is when I get out of the army. I thought I already did this once, but I guess with the new regulations, I will get to do it again. Today’s meeting focused on our current medical and behavior health treatments and our plans once we get out of the army. Right now all I can see for my future is daily chronic pain in my knee, neck, and head. Perhaps I’ll give medical marijuana a try when I get out, I wonder how that would go over in my FTR LOL?

After the meeting I went back to my car, listened to the radio and just leaned my seat back and relaxed for a while. I was in and out of consciousness. At 1600 I drove off post to a great teriyaki joint I came across a while back. I picked up a to go box and headed back to the WTB parking lot where I ate my dinner. At 1700 I started my staff duty shift with my squad leader. I started the shift off by taking my pain medications. The stress of doing this stupid shift may have caused what was the start of a killer headache. The lobby where the staff duty desk is located was full of people, mostly civilians. There was a New Comers Brief going on in the multipurpose room next door and each of these people were waiting for their turn to throw out a bunch of information nobody’s going to remember at all these new soldiers. It’s just one after the other blasting out all this information to new people here. It’s a little too much all at once I think. With all these people hanging out in the lobby, doing any schoolwork was going to be pretty tough…these were some noisy people.

Then all of sudden I see and hear a lot of commotion going on to my right at the edge of the room. Turns out one of the soldiers in the WTB that was just walking through the lobby had a seizure and collapsed on the floor. He laid there unconscious with a crowd of people around him. Someone runs over and calls 911 and explains the situation, there is a soldier here with a history of seizures that just collapsed and is now unconscious. I go out to the front and wait for the ambulance, which only takes a couple minutes because the WTB is literally right next to Madigan hospital. Once the ambulance arrived the EMTs put the soldier on a gurney and carted him off. So far this has been the most active staff duty shift ever.

Unfortunately one of the other soldiers didn’t show up for staff duty, so I will not be splitting up the night to take naps like last time. I also had to man the staff duty desk in the WTB barracks in the building right next to this one. I pack up all my crap and head over to the barracks. The good news is that it’s very peaceful, I break out my textbook and start to study. There is also free WiFi available so I took breaks and surfed around on my laptop to try and break up the monotony. At this point I’m thinking the night might not be too bad…boy was I wrong.