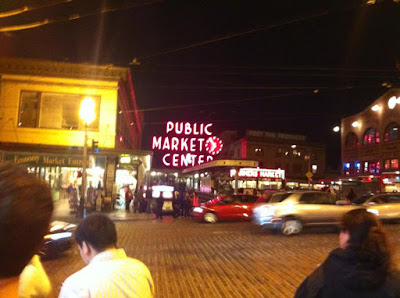 This weekend the kiddos came over and on Saturday we even had two of my nieces over. We volunteered to take them to their soccer games for my sister. Once those were over with, we all headed to Seattle. We took the kiddos and were joined by one of my wife's friend and her son to see a band called Boyce Avenue. I came across them because I am a big fan of cover songs. I like when an artist takes a popular song, remakes it, and adds their own style to it. Boyce Avenue does most of their remakes in an acoustic setting. I liked them and I figured the kiddos would like them too because they would know some of the songs they heard.

We stopped by a pizza joint first which turned out to be a great idea…everyone was starving. After being served a giant sized New York style pizza (complete with our waiter's east coast accent) we scarfed it all up and headed on to the show. One of the nice things about living in Bremerton, we can take a ferry that drops us off right in downtown Seattle. Dinner and the concert venue were both within walking distance. Everyone enjoyed the show, but we had to leave before it ended unfortunately. One of the drawbacks of taking the ferry is that you're stuck with their schedule, and at night we had the choice of catching the 10:30 PM ferry or waiting until 12:50 AM for the next one. One right in the middle would have been perfect…but such is life.

Sunday was spent sleeping and and then just hanging out…not a whole lot to report. 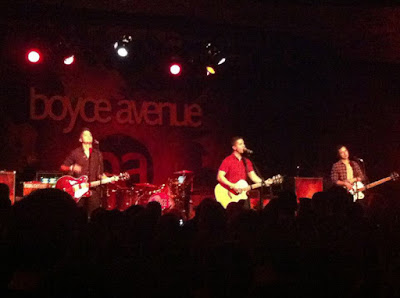 Our view of Boyce Avenue during the show

Email ThisBlogThis!Share to TwitterShare to FacebookShare to Pinterest
Labels: 25B, Army, medboard, Seattle