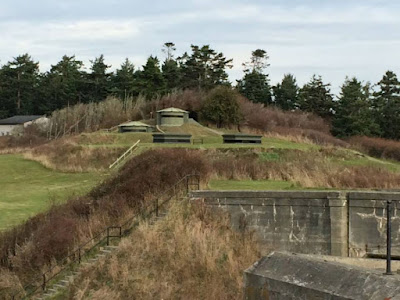 Sent a text this morning to my squad leader "MOU: Navy and their seamen", just to remind him that I will not be in today. I headed to the shipyard in Bremerton and checked my army and navy emails. I surfed the web for a little bit while waiting for a co-worker to arrive. Once he came in we loaded up a new PC in the TMP and took off to the naval air base on Whidbey Island. We drove up and caught the ferry, this is the first time I've been on this particular ferry run. The ferry boat was pretty small compared to the bigger Bremerton - Seattle boats. They even had jigsaw puzzles left on some of the tables for people to do to pass the time during the crossing.

We arrived at the base and replaced an aging computer, the guys in this particular office have a great view. There are huge windows looking over the air field with the jets parked, taking off and landing. We then had lunch at the McDonald's on post, which was within walking distance. I really wanted to take some pictures while we were there. Jets were taking off with the control tower in view, but I was afraid of breaking any rules and didn't want to chance it. I'm not sure what the rules are in regards to picture taking, especially of the control tower and jets.

We headed back home, but had about an hour wait at the ferry dock. I took the opportunity to check out Fort Casey, which is a short hike from the ferry dock. This fort was built around the 1890's and contained huge cannons that could be adjusted up to fire and then hide behind huge fortifications. The fort was built in conjunction with two others in the area which created a triangle of death protecting the Puget Sound waterway. It was pretty cool checking out this old fort with the control towers and fortifications, an easy way to pass the time waiting for the ferry…in fact I think it would be worth a trip to the island just to check it out. I would have loved to spend more time there.

We ended up getting back to Bremerton about 1500, which was the time I take off and leave for the day. All in all not a bad day at work today. Not only did we actually accomplish something, I got to check out some history that I didn't even know existed before. 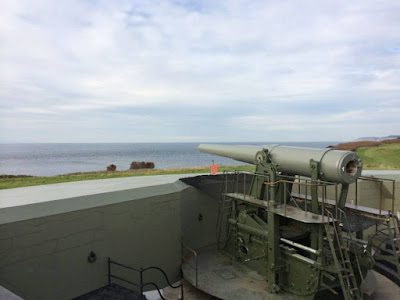 These 10 inch guns were able to pop up and fire, then "disappear" behind the wall. 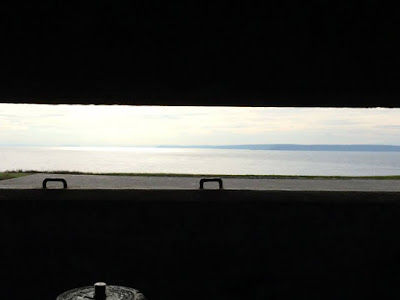 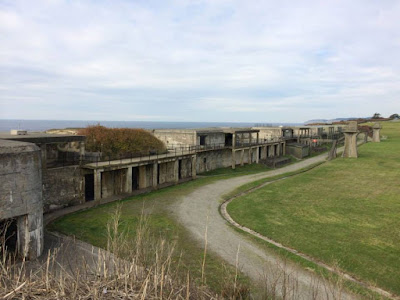 Looking down on Battery Worth 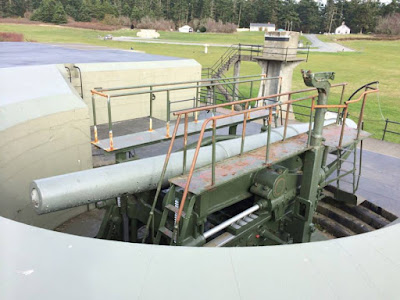 One of the 10 inch guns on a disappearing carriage 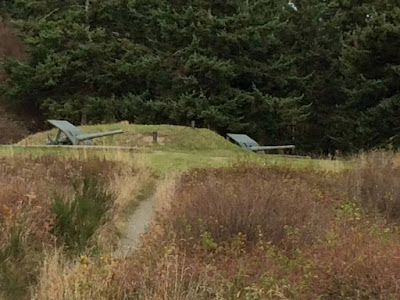 Smaller guns that are part of Battery John Trevor 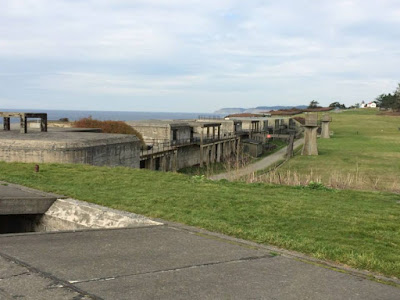 Another photo from behind Battery Worth 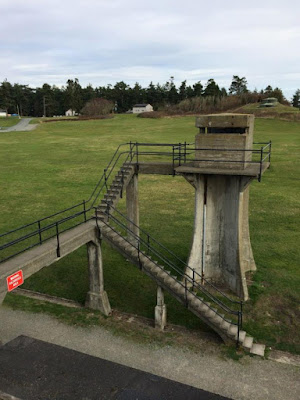 One of Battery Worth's control stations