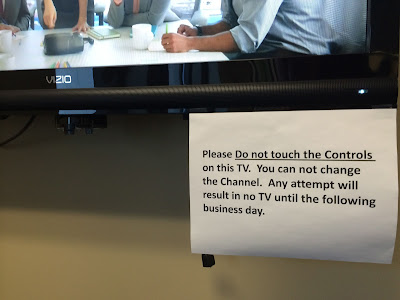 Morning formation was at the gym as usual for a Tuesday. I had plans to just head to my car once accountability was taken. Usually appointments head to the back to get checked and everyone else is told to fall out and head to the gym in one big crowd which is easy to slide out of and make the break for my car. This morning we had a change of plans…we had a new NCO in charge of the formation and he wanted everyone to march into the gym. This actually turned out to be pretty funny. I am in first platoon and in the third squad, which is the last row in the formation. This morning I ended up to be second in line right next to a guy who has to use a walker. While in formation he usually just turns it around and sits in it. Well the NCO had all the other platoons fall into one mass formation behind 1st platoon. He then called out the command "file from the right, column right…march". That was my column…the sergeant in the walker started to move and I just stayed in step behind him. The line was marching about a quarter of a mile per hour or slower. The new NCO came around to see what was taking so long and then told me to go around him…all I could do was laugh…it was pretty funny. It also left me no chance to disappear from the crowd and make my escape.

We headed into the gym and formed up once again. Now the new NCO went to the front and started the standard army warm up exercises and stretches. It was painfully slow as he explained after each exercise that we shouldn't break profile and just do what we can. He also went through various alternate exercises and stretches we can do for each exercise. It was painfully slow and very redundant, everyone here knows what they can and can't do. All it did for me was piss me off…I really hate any and all formations at this point.

Once we were finished we were told to either exercise on equipment, play wheelchair basketball, or sit volleyball. I chose the stationary bicycle and basically just sat there listening to music on my iPhone. I think after a half hour I had totaled a total of 11 calories burned. I got up and left.

I drove to the WTB parking lot where I proceeded to remain in my car and eat breakfast, listen to music, then break out my blanket and take a long nap…my usual morning routine. Before my NCM appointment, I headed into the WTB bathroom and changed into my ACUs. I then headed up to see my NCM. The appointment was pretty much the same as every other week. I let her know I'm doing fine…basically going through the routine of similar questions asked and me answering, completing the required weekly check in with her.

I head back to my car and proceed to grab my blanket and sleep for 2 hours. My life in WTB at Ft Lewis consists mostly of me sleeping in my car. I then went to my WTB physical therapy appointment…hydro massage. I never mind this appointment, I got the half hour massage with the warm water jets up and down my back, while I listened to music from my iPhone…just relaxing.

After the appointment, I went back to my car and relaxed while listening to the radio until my physical therapy appointment at the hospital. I went to that appointment and had traction done on my neck. The traction only lasts for about 12 minutes or so. I then headed home for the day finally and did schoolwork. Once my wife came home we headed to the YMCA and I had a pretty good cardio workout. Later on that night we headed to my in-law's house for a rosary. While I'm not catholic, I just went to show my support.