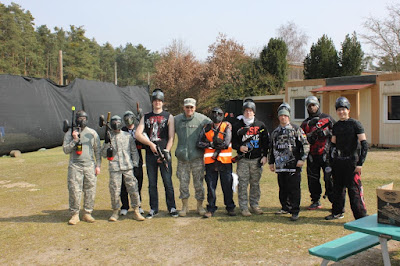 A group shot of the chaplain with all the paintballers

This morning for PT we formed up at the Patton gym. Instead of splitting up the profiles and non-profiles, the platoon sergeant just told everyone to go ahead and hit the gym…workout on whatever you need. I rode the stationary bike for some cardio.

This morning we had "Days of Excellence" at the hospital theatre. We had to be seated by 0845 and then started hearing a brief about how to be a good sponsor. It was strange that they were even giving us this class because there are no more new soldiers coming to Heidelberg with the upcoming closing of the base. I know some people in the audience may become sponsors in the future at another post, but most of the information that was given was all bout the resources available for new soldiers here in Heidelberg. Just another example of the army being able to check a box and mark that some training was done, even though there was nothing useful about it. We then had some ethics training and some safety training. The safety training included one of those vehicle safety movies that show all the gruesome videos and pictures that they show in drivers ed classes. The event concluded with a few PCS awards and a few promotions.

We were released for lunch, after lunch I headed to the Rod and Gun Club. The UMT has been promoting a paintball event for a while now. I've sent out numerous emails and put up flyers all over the battalion for it. Now was the time of the event. We had just enough soldiers come and attend in order to reserve the field. The chaplain came and said a few words, then turned everyone loose. The field is small and allows for 5 on 5 games to be played. There were some first timers as well as some experienced veterans who came with their own gear and "markers" (paintball guns). I think everyone had a good time, I spend the entire time taking a bunch of photos.

The evening with my wife was normal up until about 2000 or so, that is when we packed up and prepared ourselves for our upcoming trip. We met our van at the park and ride which is located right outside the post at 2230. This van drove us and a few others to meet the main bus at Wiesbaden, which left at midnight. 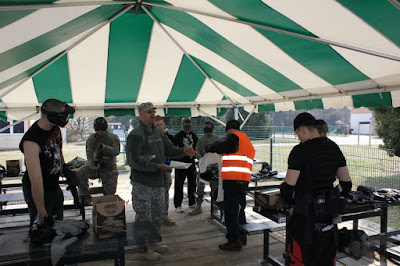 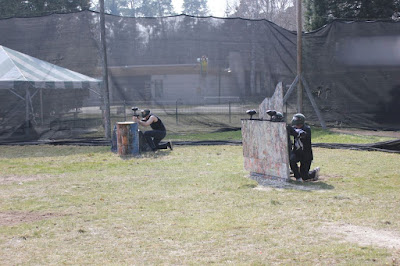 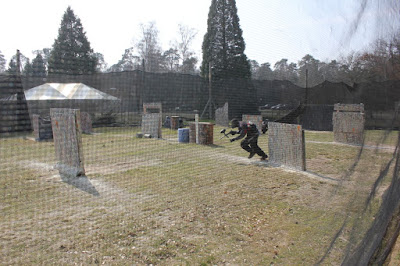 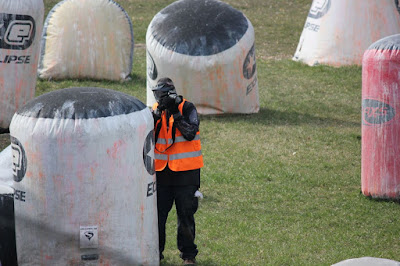 One of the guys from the ComSec office couldn't play, but wasn't afraid
to go on the field and take photos! 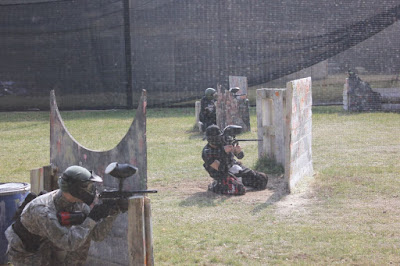 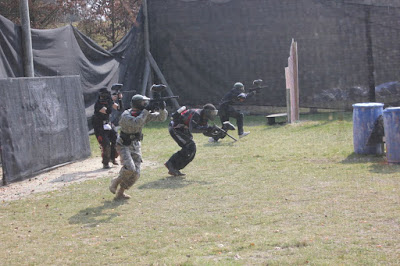 The guys at the start of one of the games 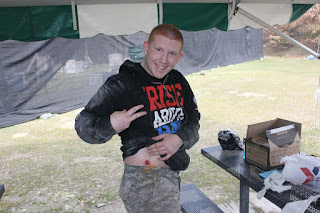