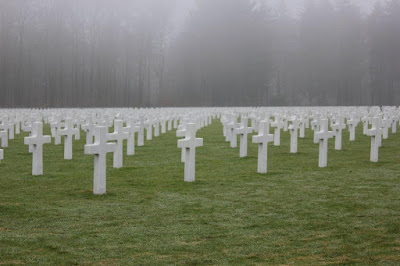 Friday: We woke up and had an easy going morning, drinking some coffee and having breakfast together. Then we all got in my car and we headed off to the Frankfurt airport. My wife's cousin brought their GPS which made everything very easy. Ours is in the mail being sent from back in the states. This is something I would recommend to anyone traveling Europe, it makes everything so much easier and gives you a sense of security knowing that you will not be getting lost in a foreign land!

This was my second time driving on the autobahn since arriving here. The first time was following my boss back from when we picked up my car. Now I was driving solo…not following anyone. Many people don't realize that the autobahn does have many places that have speed limits. Some are reasonable like freeway speeds in the US around 60-70 mph…others are 130 kph which is about 85 mph or so. There are portions…large portions that don't have any speed limits. I kept it around 85 to 90 mph because I had a car full of people and I wanted to keep it pretty safe. I was still amazed at how many cars passed me like I was standing still. One thing the drivers here are good about is staying to the right unless you are passing others. Unlike the states where you have "parade makers" that stay in the left lane no matter what…causing a long line of cars behind them. I found a couple of times I'd be passing someone and way back in the distance I would see lights flash a couple of times at me…by the time I passed the car in front of me and moved over, a car would already be caught up and zooming by me. It would be really fun to drive a high performance sports car here and just let loose!

We arrived at the airport and picked up my wife's niece (her cousin's daughter) who happened to be on a field trip with others, but instead of flying back home to England she just came with us since we were there. We went to the altstadt (old town) of Frankfurt and did a lot of walking around checking out the amazing architecture and scenery. It's amazing seeing such old buildings with modern skyscrapers in the background. Among some of the interesting places we saw were some ancient Roman ruins as well as a very old church called Kaiserdom St. Bartholomäus. The building was amazing as was the art and sculptures inside it. It's awesome to think about all the history here.

I then had some Spaghetti Eis (Spaghetti Ice Cream) one of my favorites from the last time I was here 20 years ago. It's vanilla ice cream with raspberry topping made to look like spaghetti. :) We then drove back home and hung out for a while. We were introduced to a new game (for us) on the iPad…Family Feud…and we ended up all playing it together for a while before turning in for the night.

Saturday: We woke up a bit early today in order to start the day. Once everyone was ready we drove to Luxembourg, which I'm ashamed to say I didn't even realize is another country. It's one of the smallest countries in Europe, so I guess it's easy to miss. It's located to the west of Germany and was a strategic location for the Germans in WWII. They invaded and took over Luxembourg so they would be able to invade France. There were some great battles fought by the Americans during WWII and there is a US cemetery and memorial that we visited. The place beautiful, everything was well maintained and beautiful. Walking around looking at all the names and ranks on the tombstones was pretty sad. It's hard to think of all the young PVTs and PFCs that died there. It's strange to see an American memorial in another country, but Luxembourg is very grateful for the soldiers that died liberating their country.

In contrast we went to a Nazi cemetery about a mile away. The mood there is totally different and the fog just added to the very gothic…almost haunted feel to the area. Instead of one name on each tombstone, the Nazi tombstones have 4 (two on each side). It was a very interesting experience indeed. (You can check out more photos from this trip on my flikr site here)

We then drove back to Germany to a town called Trier. We headed straight to the altstadt portion of this town and entered through the "Porta Nigra" a very old gate that was used back in the day. There was a lot of shopping and such, but the highlight of the stop here was an ancient church called the Cathedral of Saint Peter. Like the church in Frankfurt, this one was full of amazing art and sculptures.

We had dinner at a place called Big Emmas which is close to Rammstein Air Base on the way home. This place was just plain crazy. Every "normal" dish served looked like something you would see on the show "Man vs Food". I laughed out loud when I walked in and saw a guy's hamburger in front of him. The dude was looking at this thing that was literally much bigger than his head trying to figure out how he was going to eat it. My wife and I ordered 1/4 sized meals and were unable to finish them. I then ordered ice cream for dessert not realizing that the desserts were the same gigantic portions. I choked when I saw them bring out this huge bowl filled with multiple scoops of vanilla, chocolate, and strawberry ice cream, whipped cream, and vanilla wafers. I was able to finish it with a little help from the others at our table. (You can check out more photos from this trip on my flikr site here)

Sunday: This morning we said goodbye to our guests as they left in their car for the drive back to England in their funny backwards car. After they left my wife and I just took the day off and hung out in the house the entire day. We watched a movie called 50/50 which was pretty funny. It's about a guy who gets cancer and how it changes his life. Not a funny subject, but some of the situations that come up are funny.

Monday: We finally got to sleep in for once this four day weekend! We spent the morning drinking coffee and having a pretty laid back time. We watched some college basketball and then my wife went for a drive for the first time here in Germany. She is starting her job tomorrow and will have to drop me off and pick me up from work. So we drove the route she'll be taking a couple times so she would feel comfortable. By the time we finished she felt good, we gassed up the car and headed home. Gas is rationed here for us in Germany, but unlike many posts that have a gas station on post…we have to gas up at Esso stations located all around Germany. Our posts do not have gas stations here, so we're given a gas card which also acts as our ration card. It works just like a prepaid debit card. We put money on it and then we can use it at the Esso station. It is so nice because gas is very expensive here, but we only pay the average US gas price. So I filled up for 69 Euros today which would be $91…but I only paid around $45. Gotta love that!!

You can check out my main flickr site and see the albums with descriptions, or just browse through the slideshows below: (Edit: I've moved much of my flickr content to Google Photos since flickr is no longer unlimited free photos)