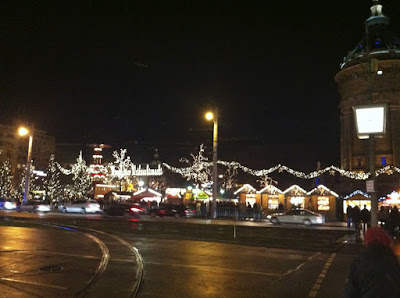 The Mannheim Christmas Market at night

Friday: I found out late yesterday (during PT) that today was actually a last minute training holiday. Surprise…everyone has the day off! This actually worked out very well. I don't mention my headaches all the time because they are pretty much a constant in some form or another, but yesterday my head just kept getting worse and worse all day long and I ended up waking up with an extreme headache in the morning. So being able to just relax and lay around for a better part of the day was just what I needed.

I didn't do a whole lot for most of the day and my headache did get better as the day went on, in fact by the time I picked up my wife from work, I was back in a functional state. All in all I didn't do much, so not a whole lot to talk about.

Saturday: We slept in this morning and had a lazy morning just kind of lounging around for the better part of the afternoon. At about 1400 we started to get ready and then headed out to the Mannheim Christmas Market with SPC Mac and his wife. Similar to the other Christmas markets we've been to, there were a lot of vendors, photos with a skinny Santa, and some small rides for the children. We hung out, checked out the vendors, and ate dinner from one of the many food vendors.

We then parted ways with SPC Mac and his wife and headed towards the SAP Arena in Mannheim. My wife bought me tickets to probably the best German rock band of all time…Die Toten Hosen. This band has been extremely popular in Germany since the early 80's. They are still making great music and it's being played on the German pop stations. Not surprisingly the crowd in the arena ranged from young teenagers all the way to some old folks. I've been waiting over 20 years to see this band in concert (since I came to Germany many years ago and fell in love with their music). They put on a great, energetic show and even my wife enjoyed herself…even though she hadn't heard of them until recently. I had a great time…a great early Christmas present that I'll remember forever.

Sunday: Today was our usual Sunday day…lots of cleaning and laundry, then some TV shows. We also watched "The Campaign" which turned out to be a pretty funny movie. I had seen it before, but my wife has been waiting to see it for a while. We also chatted with members from both our families, so nice to see everyone…but of course it makes it tough because we both miss everyone a lot. I hope now more than ever that I will end up just getting a medboard and sent back to Ft. Lewis which is only a half hour from my hometown. Not a lot else went on…a pretty mellow day. 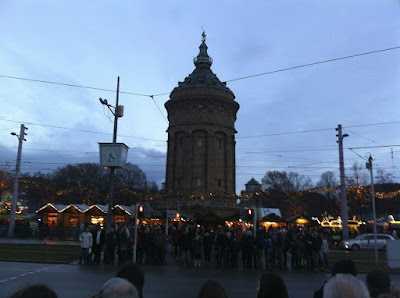 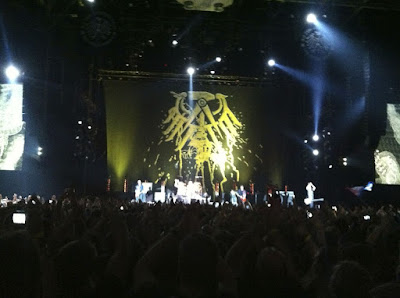 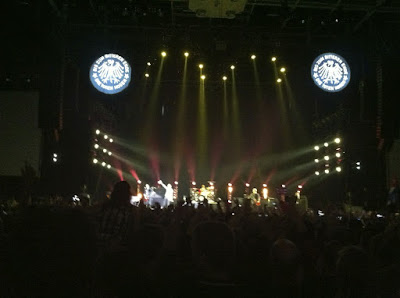