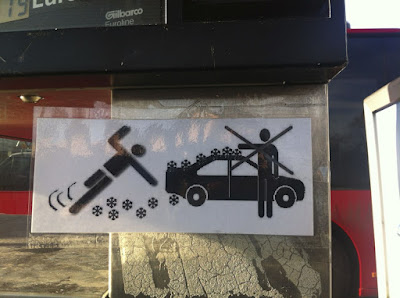 We started a new schedule today called something like "Reverse PT". With this new schedule the battalion will start work at 0800 and then at 1600 PT will be done, then leave for the day at 1700. The goal of the schedule is to give soldiers more family time at home. I think it's a great idea, I get to sleep in a little longer…we'll see how it all plays out.

I headed into S1 to start my day and did my usual thing…sit down and start reading my textbook. The CSM came in and was all pissed off. He told me to call my supervisor to come over and see him. I said "Roger", then he stopped and corrected me "Roger, Sergeant Major". Even though I've been in the army for over 2.5 years, it still does not come naturally to me to end every sentence with sir, sergeant or sergeant major. So I said "Roger, Sergeant Major…sorry". He must have thought I said something else, because he stopped again and asked "What did you say" in an accusing tone. I said it again "I said…Roger, Sergeant Major…sorry". I could tell today wasn't going to be a good day.

Our CAM ended up coming over and went in the CSM's office. When she came out she told the sergeant that I've been reporting to, that I'm not allowed to read anymore while I'm over in S1. They have to find "something" for me to be doing. The CSM then came out and called both our CAM and myself back in his office. I guess he was able to read a lot more of my blog that they printed off before I set it to private. It pissed him off to no end that I have been unhappy. In fact he was pissed off that from what he read, I didn't have anything positive to say…except that we left early some days. I had to stand there at parade rest and listen to him chew me out. Letting me know he could have me transferred to Afghanistan with just a phone call. I should be thankful for all the army has given me. He asked if I still wanted to be in the army and I think I surprised him when I said "joining the army was probably the biggest mistake of my life." Of course I would like out, but I'll serve my contract out until the end. I also told him that I'd be fine with going back and working in the ComSec office. He said he didn't believe me and then after a little more butt chewing, I left.

In S1 the sergeant I report to had me ride with a couple soldiers so they could take her car to get a warranty item fixed. I road in a van to the dealership with her following, then we gave her a ride back. It was basically just to get me out of the office because they didn't have anything for me to do. Once back I was told that I would be moving to help out the chaplain. I was actually pretty excited about this, I will be in a totally different building and maybe I'll be able to do something helpful. I was also told that I have to get a "fit for duty" exam because I've been on profile for so long. I'm not exactly sure what this is, but hey…perhaps they will just kick me out sooner rather than later. I can only hope that this is the beginning of the end.

I headed over to the chaplain and was asked to inventory all the books they have. I started the job and left at lunch time. I let the chaplain know I'd be gone for the rest of the day, I have to pick up my wife from the airport. I ate lunch at home, then slowly drove to the airport. It was snowing, but I gave myself plenty of time to get there. Picked up my wife and her late flight, but all is well…I now have my wife back, at least I'll have her home at night now. Later on in the evening, I got a call from our CAM just checking in on me and making sure I'm doing OK. For everything bad that is going on with me and the army, the one shining spot are all the NCOs in my office that I work with. They all have been very supportive and very…very awesome.

Email ThisBlogThis!Share to TwitterShare to FacebookShare to Pinterest
Labels: 25B, Army, Germany