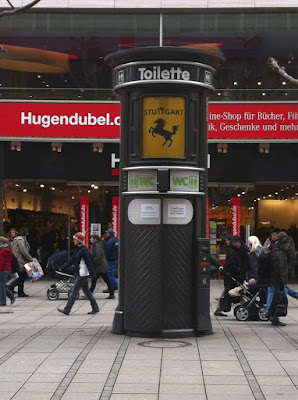 Normally I break the weekend down each day, but I think I may start doing just an actual "wrap-up" for each weekend. This was a four day weekend and my wife's cousin and her daughter came to visit us from England. They flew in on Friday and we had a great time visiting with them. My wife's cousin has lived in Germany at various points in her life. She had her middle school years here while living with her parents who where stationed here in the army. Her husband is in the air force (currently deployed) and they were stationed in Germany again. Since her cousin has seen a lot of Germany already, there wasn't anywhere special she wanted to see…except Patch Barracks down near Stuttgart. She wanted to see her old stomping grounds where she spent some of her childhood. We made the drive Saturday and when we arrived she said it was like stepping back in time…not much has changed on the post at all. She got out at a few places and took some photos telling us stories the entire time. 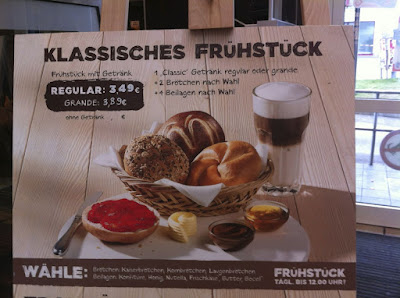 Breakfast at McDonald's in Germany...some items are the same
and others like this are a traditional German Breakfast

We then headed to downtown Stuttgart and I accompanied the girls while they checked out all the shopping. Stuttgart has quite a bit of shopping with many big name stores. I took advantage of grabbing an iTunes gift card while I was out on the local economy. Since I've lived here for a while, I hear a lot of German music on the radio. I want to buy it on iTunes, but a lot of it is not available in the US Store. With a German iTunes gift card, I was able to create a German apple ID and then fund the account with Euros from the gift card. After that I was able to download the music I've been wanting. It's a bit of a pain, but I now have two accounts that I can use to purchase from both the US and German iTunes store. Once the songs are downloaded they play seamlessly on my iPhone and AppleTV.

The rest of the weekend was a lot of hanging out and visiting. The girls went out and got their hair cut and just had a great time being able to hang out all weekend long. Unfortunately both my wife's cousin and her daughter started getting sick during the final part of their stay. This cut short some plans to check out some sites, but I think all in all everyone enjoyed themselves. It was nice spending time with family. 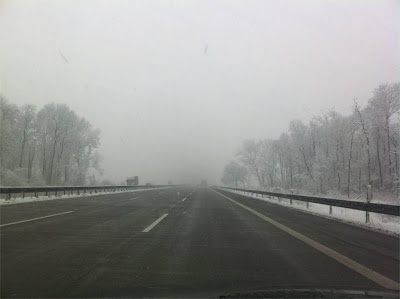 Driving on the autobahn...fog and snow today 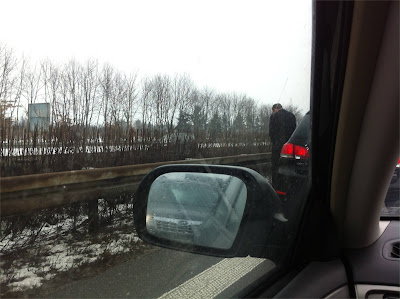 Whenever there is a wreck on the autobahn, backups (stau) can be extremely
long and take forever to get going again...when you gotta go, you gotta go! 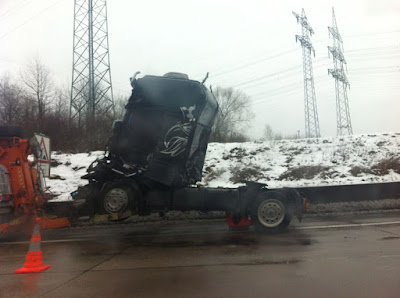 We finally found out what was causing the long backup on the autobahn!