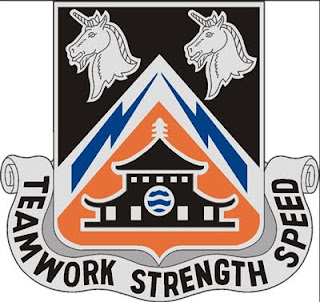 This morning we continued the exercise, so that meant wearing our regular ACU's to the PT formation. I of course wore my "poly pros" which are the army issued equivalent of long johns. They come in thin and thick to help keep you a little warmer or even more warm. I wore the thick version under my uniform and stood in the cold with the rest of the company. With the poly pros and my polar fleece it was still pretty cold at 0630 in the morning standing outside in formation. We were told the exercise is still on and the first shift will get their weapons at 0800, until then we were to head to the office.

We went to the office and then I headed over to the food court where there is only a bakery open this early. Unfortunately their coffee leaves a lot to be desired, but it's the only option this early. I grabbed a chocolate pastry with some coffee and watched the small TV in there for an hour before heading over to the shoppette after it finally opened. From there I grabbed my usual…some reading material along with some decent coffee.

I did a lot of reading as usual today, but I also helped out with some paperwork that needed to be done in the office. Filing papers and folders as well as double checking a lot of serial numbers on various lists…at least it was something to do.

Lunch was just some small items picked up from another trip to the shoppette. As we were working on some more numbers and inventory the fire alarm went off. After a few seconds a guy came in our office and said there is a fire and that everyone except two people had to stay. These two people had to "conduct emergency destruction procedures". This was of course a drill, but it made me realize how crappy it has to be if you're one of those two people that has to stay back and destroy all the top secret material while the place is on fire around you. During this drill (part of the exercise) we stood outside in the cold hanging out in the parking lot for a little over a half hour doing nothing. Everyone wasn't too happy, not only because it was pretty darn cold, but because it seemed like a total waste of time for us. I can see doing a fire drill, but just standing around for that long seemed a little ridiculous.

There has been a lot of talk lately about the state of the army and how budget reductions are going to affect everyone. They are going to reduce the size of the army as a whole and this will in turn affect the number stationed in Germany. I think I came at just the right time. Our base here in Heidelberg will be closing in the next couple of years and everyone will be moving to Wiesbaden. They are going to reduce the number of soldiers stationed in Europe all together and they are also talking about using some rotating units as well. The rotating units will not stay as long and they will also be unaccompanied tours because of this. Nothing is set yet, but that is what I've been reading so far. They are also doing an army wide weight test in a month or so, which I'm guessing is to start weeding people out.

I'm looking forward to seeing as much of Europe as possible while I'm here. I want to take advantage of this great opportunity! I just wish our household goods and car would get here soon. It would make everything a little easier. My wife had to reschedule her interview until tomorrow…so keep your fingers crossed. With her added income we will be able to enjoy our time here a lot more as far as traveling and such.