Saturday: A normal Saturday during the day (sleeping in, laundry, video chat with my wife). I did a little shopping for cleaning supplies as well. Around 1700 SPC Roy came by and picked me up with an already tipsy SPC Short with him. We headed back to SPC Roy's apartment off post where we met our KATUSA from the office. We were here for a little going away party for SPC Short since it's his last weekend here. SPC Roy cooked an awesome dinner of short ribs and spam, tuna & kimchi soup. It was all very good. We had some drinks and played poker. We hung out until about 0200 when SPC Short and I went back to our barracks. It was a good time and I think SPC Short loved it…he just may not love the next morning.

Sunday: I ended up having to sleep in a little extra long and then take it easy in the morning. I had a wee bit of a hangover…nothing that a lot of water and some aspirin didn't fix. I video chatted with my wife and my mother, then cleaned my room. I swept and mopped the floors. I scrubbed the bathroom floor pretty good with the brushes on my mop, but I think I'm going to have to get down and dirty on my hands and knees to get the edges…I'll do that next weekend. I did a little school work and then watched "She's Out of My League". A typical romantic comedy with some funny parts and the happy ending. It's about a young guy (who's friends rate him a 5) ends up going out with a girl who is a 10. It was a pretty decent movie. Other than that it was a pretty mellow day.

Monday: I woke up around 0500 this morning even though it's a holiday. I decided to go on a trip with my office to the Hyundai Sung Woo Resort. They were going for a ski trip and it's the cheapest prices I've seen here including full rental of everything including clothes. Even with the cheap prices I wasn't going to go because I still didn't have much money left to spare. I did decide to go with everyone though after taking a look at the website for this place. It looked like I would be pretty entertained even without actually skiing. So I had the young hawaiian meet up with me and we departed on the bus around 0630.

The bus trip was about 2 hours and once there our first goal was to get something to eat. We went to the closest restaurant and found that there were no pictures and no explanations in English for any of the menu items. Bummer…we left our KATUSA downstairs getting his equipment. We sat down to go over our options and out of the blue a worker came up to us and showed me her smart phone. She used a translation program to show me in English what they had! We both chose and ate a nice meal of beef and rice with soup.

We spent the rest of the day playing video games, we rode the gondola up the mountain and back, played ping pong, and also a game called pit pat. Pit Pat is kind of a cross between putt putt golf and billiards. It was a lot of fun and it was nice to get off post and do something a little different even if we did have to get up pretty early.

We got back at around 1900 and after watching some shows on my computer I called it a night.

Tuesday: Slept in and was looking forward to a nice relaxing day. I had plans to go with the young hawaiian to the mall or at least a movie. I was video chatting with my wife when I got a call from my sergeant. When the call starts off "I've got some bad news for you" you know it's not going to be good. I ended up having to go into work and get the conference room equipment all going for a ROK (Republic of Korea - AKA Korean Army) meeting. I ended up working from about 12:30 until a little after 1700. My sergeant says he'll make it up to me later this week…we'll see if that works out. Everything went fine except one of the microphones on the table was causing all sorts of problems and feedback, so I unplugged it and let them know.

After work I did some school work. It's been kind of hard to keep straight what I need done when because of the time difference. I think I'm just going to use my dates and time for everything. This way everything will be in early since I'm a day ahead of everyone there.

I watched a few episodes of "The I.T. Crowd" (season 4). It's a British comedy about a couple of guys who work in the I.T. department of a big company. The show is hilarious (words of caution…you may have to be a geek or married to a geek to get all the jokes). 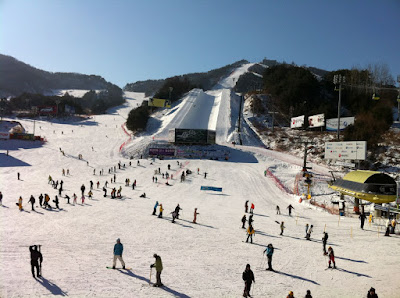 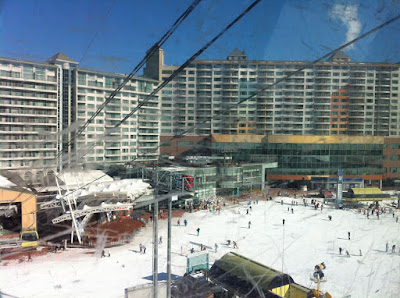 What do use to watch these movies? Is it online or from other....sources?

I would love to say I watch them all from netflix or the major network websites such as CBS or NBC, but since I'm outside of the US I can't stream any of it because it's not allowed from their websites. There are a lot of folks in the barracks willing to share movies though.


I can neither confirm or deny that torrents are also a great way to get TV shows and movies.

Sites such as The Pirate Bay or Kickass Torrents are great tools to find a specific torrent.