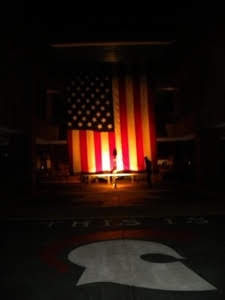 What we saw in our CTA after the 15K march. It was pretty amazing.
Notice how huge the flag was by looking at the person standing in
front of it. There was music playing and everyone had a great
sense of accomplishment. 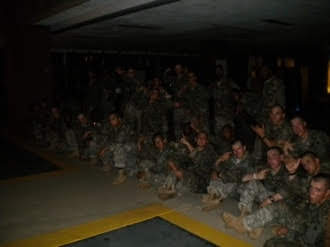 1st Platoon after the 15K march. The dark areas on everyone's
ACUs are drenched with sweat :)