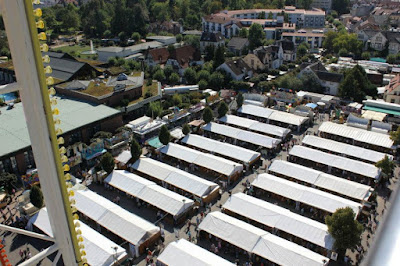 Saturday: This morning we slept in a little and did the usual Saturday morning things such as a bit of cleaning and laundry. We then decided to check out the Dürkheim Wine Festival also known as Dürkheim's Wurstmarkt. SPC Mac told me about this even and said it was a lot of fun. We wanted to get out and do something because today was the only real day I'd be home for the weekend. Dürkheim is not too far away, so after setting our course in the GPS, we took off for about a 40 minute drive.

We arrived in Dürkheim and not knowing exactly where to go, we didn't have to look long. We headed towards the city center and ran smack into the festival. To my surprise it was much larger than I was expecting. I thought there would be a number of booths with various wines to sample and perhaps some booths with food as well. It turns out there is a lot of wine, but it's not really sampling that you do. Instead you order a full glass (large or extra large) and can either sit in a tent and drink, or walk around the festival and drink. When the glasses are returned, you receive your deposit back. Not only does the festival have a large number of drinking tents with wines from various vineyards all over, but it also has a carnival feel to it. There are a number of carnival rides and games. There are also a number of vendors selling their merchandise…everything from scarves to jewelry.

It was hot, but a lot of fun. It was pretty cool to sit down with a glass of wine and just people watch for a while. Next time we go I'm sure we'll bring a lot more money so my wife can do a little more shopping…LOL. 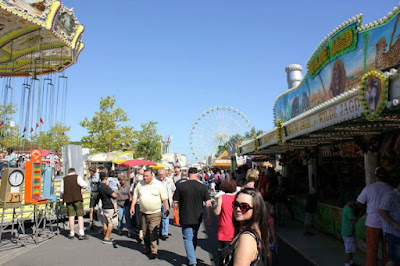 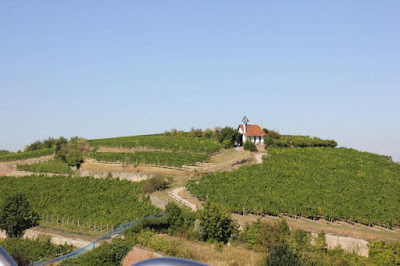 Sunday: I had to wake up at 0630 to get ready and leave with SGT Mex for our Intel 35 class. We made the drive to Rose Barracks in Vilseck and had lunch in the food court. We then made our way to the student orientation and filled out the required paperwork. I was hoping to get in the same hotel on post because the experience wasn't bad and I was within walking distance to everything, but the hotel was full and they sent us to a hotel off post. The government contracts with a number of hotels off post to house the incoming students and feed them breakfast and dinner. We ended up getting sent to a small hotel (really a bed & breakfast) called "Cafe & Pension Ringer", which turned out to be a very nice little hotel out in the middle of nowhere, but only about 5 minutes from post.

The hotel has internet, which was my biggest concern and the folks running it seem very nice. We took off after unloading all our luggage and headed to the Grafenwoer post to check out the PX and grab a few supplies. We headed back to the hotel where I promptly took a nap, then woke up for dinner…which was awesome. All my fears are gone and I can say that I'm excited to be staying in this hotel off post, in fact I think I may like it better than the hotel on post. Not only do I have the necessities, I get much better food than the DFAC and I get to interact with the locals a bit more. Hopefully I'll be able to get into the class because we are both still on stand-by status because for whatever reason neither of us have been officially signed up for the class yet. Everyone has known we both need to go to this class, yet we never were signed up. This means just like my last class here, we have to show up and see if we can get in.

The night consisted of dinner and lots of conversation with SGT Mex, schoolwork, then Skyping with my wife. I'm turning in for the evening…we'll see what tomorrow brings. 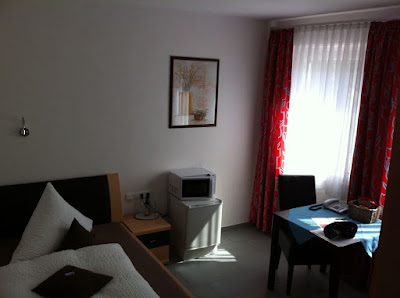