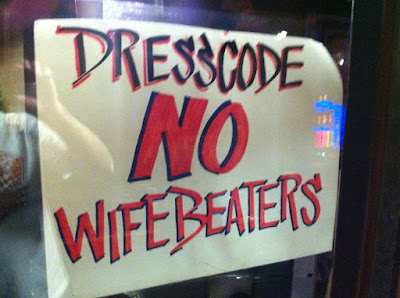 This morning I woke up and after getting ready, met SGT Mex in the dining area for breakfast. I'm loving this little hotel. It's more like a bed and breakfast, but it also has a cafe that serves lunch and dinner as well. The contract all the local hotels have with the military here include breakfast and dinner. We eat lunch at the DFAC on post. I love the owner's cooking!!

Class today consisted of a lot of hands on with our systems. The instructor would go over a block of instruction or two and then we would do a practical exercise on our own using our systems. The day went by at a decent pace. We are basically still getting our systems setup. Each step builds upon the previous steps. We were able to make our systems communicate with each other and transfer information.

After class ended, we headed back to the hotel to change and eventually eat dinner. I had mentioned to SGT Mex about the last time I was in this area during the FTX I had to attend. I told him about Ed's Bar in Grafenwoehr (which is about 25 minutes from Vilseck) which some of the guys in my barracks visited on a Tuesday because of a special "event" held only on Tuesdays called "Tittie Tuesday". The way they described it sounded like they went to this bar and the waitresses went topless on Tuesday. After hearing this SGT Mex decided we had to go. I looked up the address and we headed out. We ended up arriving about 1930 with plans to be back in our beds at 2200 at the latest. Let's just say things didn't go as planned.

We arrived to find a bar that had one customer and an ugly bartender. I thought to myself, this isn't a good sign! We decided to have a drink and play some pool anyway…we did drive all the way out here, we might as well enjoy ourselves. We played 3 games with me winning 2 of them. I felt like a pool shark because I was killing him the entire time. The only reason I lost one of the games is because I scratched when trying to hit in the 8 ball...I was on fire! We then started playing darts. They had an electronic machine there, so we played a game of cricket. This is a long game that passes the time. I ended up with a miraculous win by hitting three bulls eyes in a row. I wasn't so lucky the next two games. Is it wrong that my arm was sore after three games of darts?

By this time there were a couple more people in the bar, but we decided to call it a night. It was 2130 and we headed out. On the way to our car, we saw they had just opened up another door to Ed's Bar (Ed's 2) and went in to check it out. It turns out that was the actual topless portion and had just opened for the night. Not wanting to miss out we decided to have one more drink before we left. It turned out not to be topless waitresses at all, but a full on strip club! There was a pole and chicks came out and did their dance and eventually went topless. It turned out to be a pretty funny night. We didn't leave as early as planned…we had to wait and watch each of the dancers at least once before leaving (we didn't want to be rude).

By the time we arrived back at the hotel it was 2300. The front door was locked, but luckily we were given keys to get in. I made it to my room and crashed…it's way past my bedtime on a school night…LOL.